Defying rainstorms and booming thunder, the women of Kabul headed to the polling stations in droves.

Under the Afghan constitution, President Karzai, cannot stand again. These voters were voting for a new president and a new provincial council leader.

Farkunda Naderi, a member of parliament, is just one of over one million three hundred thousand women who registered to vote.

“I think that history has been waiting for this, we cannot just say it’s five years, because it’s the first time in the history of Afghanistan that power gets transferred from one authority to another. But this election in Afghanistan is so different, it’s the first time that the face of power changes through these means,” Ms. Naderi said.

The Taliban threatened to disrupt the elections with violence, and with a series of attacks in the capital, they very nearly did so. But these voters defied the danger in favour of democracy.

Ms. Naderi said, “I know that the security threat exists but we had two options, one is to stay home and to be a slave forever, and make the upcoming generation be a slave to those people who get everything by threatening and killing people. The other option was that we had to fight and get out. And today that’s the second option that we choose and we are here to take that change.”

That sentiment was shared by many other women. “I am here to vote today. It’s a day to decide about the future of Afghanistan and I would like to ask all women to break their silence and take one step towards progress. If they don’t want to do it for themselves they should do it for future generations,” said a female voter.

Another female voter said, “I came here to vote to decide my future, and I would like to request other women to come to vote and decide their future.”

The previous election was marred with allegations of fraud, so rigorous checks were in place and tensions were high.

The altercations quickly dissipated however, and the votes continued to be cast.

“You can see all these women here and men there, they are making the queue, and they are waiting for hours to go and vote, so it shows that democracy is embraced by Afghan people. It’s happening for the first time after 5000 years that we have lived in this country so we have to celebrate this,” Ms. Naderi said. 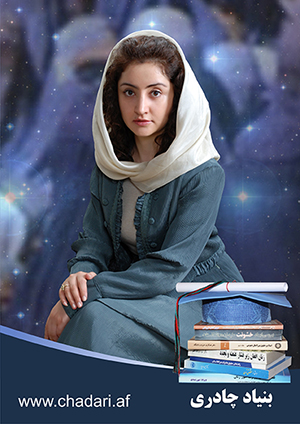